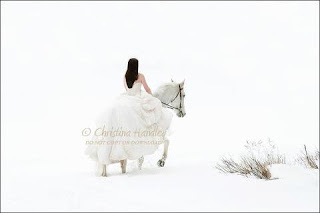 We made magic this week.

One of my former students - who has been away for a bit, being busy with a wedding, a graduation, a new baby -- came for the day to 'star' in a photo shoot for our good friend and absolutely brilliant photographer Christina Handley.


What Christina had in mind was a White Horse, against White Snow, with a rider in a White Wedding Dress.

Chantelle put up her hand to volunteer.  She is made of hardy stuff, our lovely northern gal.  It was a blessedly mild day, but it was still winter out there...


Bailey, the trusty steed, was more of a 'volun-told'.  He endured four separate bathing sessions, and had his tail soaked in blueing solution to transform him from his winter 'drab' to his photo shoot 'fab.'

We had also, it seems, failed to mention to him the utter volume of the dress...  which produced much snorting and cavorting before we set out, but once the horse 'said Yes to the Dress' it was all fun and games.      It took some arranging to get the dress 'just so' -- Bailey is a big lad, but the train could still sweep the snow.

The Support Crew stood by -- with various accoutrements including Taffy (who not being sparkly white was not allowed to be part of the photo shoot, much to her disappointment.)  Charmaine, Chantelle's mom, as in charge of the newest member of the family who was a trooper -- he timed his feeding sessions perfectly so we didn't have to figure out how to breast feed an infant without the rider dismounting, or having to apologize to the little man for his meal being served up as ice cream.

Christina had a vision -- and went looking for it down by the lake, and near Sunflower cottage.  We also took a foray up the road into the back field -- and yes, we stopped traffic.

Now, with my little camera, I got nifty pictures... but Christina, she makes magic.

She took this photo... 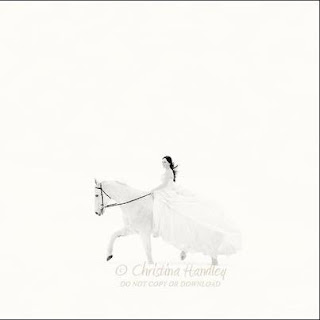 And she turned it into this... 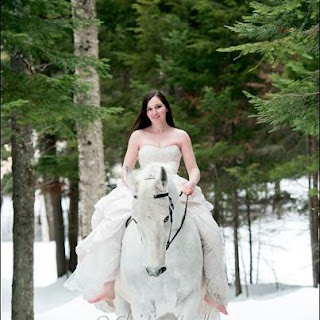 When working in 'full colour mode', she got shots like this one...   which I don't know about you, but I think is stunningly lovely and rather "Middle Earth."   It just goes to show that you never know just what you'll find going on here at Bondi Village! 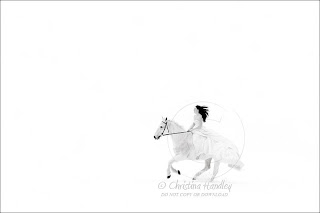 And she captured this -- which might just be my favourite of the day.  This was such a fun afternoon, so nice to meet up with Chantelle and her mom again, to meet her new baby, to visit with Christina ...   and to see a very Clean Bailey in March. 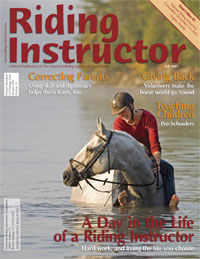 This is not the first time Christina has come up to us for a photo shoot -- Bailey in fact has featured on the cover of several magazines over the years.  This one, with Kelly List on board, is still one of my favourite photos ever.

You should go over to her website and check out her work -- it is varied, creative, breath-taking in its beauty and unusual in its vision.

Christmas is coming ! Bring the kids to the great outdoors (and you as well).

We are now accepting reservations for two night stays and weekend packages duringOctober -- the fall colours are astonishing, and on our own 600 acre property, there are so many walking trails and lookout views that there's no need to battle traffic into the Park just to see the beauty! Algonquin is always amazing, but during high colour season, best seen mid-week. There are so many other wonderful places around where you can enjoy the autumn without the congestion of the road, and we are happy to direct you to them.
We have great deals during the fall season, for couples, up to small groups of 18 people.
And don't forget Winter -- we've got vacancies for Christmas! We'll provide the tree, and you bring the family.
We've got a fantastic place to gather, enjoy the scenery, relax by a fire, and spend time with family and friends. Whether a quiet couples' getaway, or a family reunion or a club outing , we've got your cottage waiting.