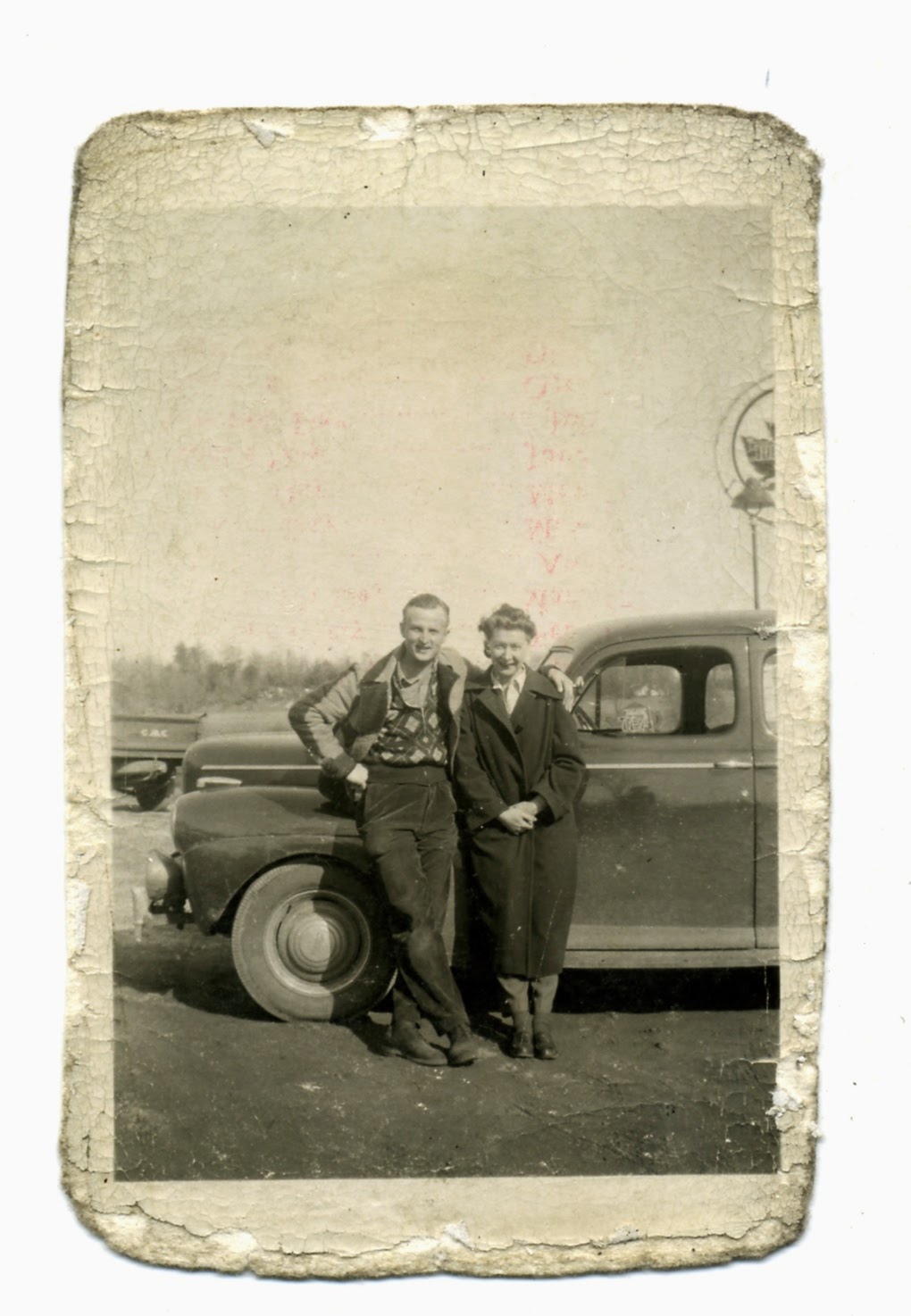 Christmas Eve... a breathing space in what has been a hectic month.  Hopefully by now everything is wrapped that should be, spiffed up that needs to be, decorated that ought to be.

Christmas Eve is a time for reflection, before Christmas Day.  My dad, Paul Pax Tapley, was born on Christmas Eve.  During a blizzard.  The doctor was summoned from Huntsville -- he came by horse and sleigh and was cold, hungry and cranky by the time he arrived.  Elizabeth got out of bed, made him a hot dinner, returned to that bed and gave birth to her fourth child.  It was 1918.  His middle name, Pax, was to remember the Great Peace.  You remember that, yes? The War to End ALL Wars...???   Shame it didn't, really.
My Mom, Rosemary Hannah Buck Austin was also a December baby. Dec. 9th. 1911.  She grew up in the shadow of Windsor Castle, and was once (along with her best friend Renee) plucked from the branches of one of the Windsor Park Long Walk oak trees where the little girls had climbed up and discovered it was much harder to climb down.  Their rescuer, a gentleman standing in his stirrups while another man held the horse, lifted them gently down while the rest of the riding party watched.  The girls hit the ground curtseying, and Rosemary confessed they thought they were off to the Tower of London.  Their saviour was a slim man, with a stutter.  His father was King George V, who in a low gruff voice told the little girls to 'be more careful,' before riding on.

This photo was taken in 1949, here at Bondi.  Paul had recently met Rosemary who was working at Tally Ho. They were married and lived together at Bondi for 42 years. Paul always credited Rosemary for pushing him to buld the cottages, rather than "puttering around here doing odd jobs and ploughing up the field."

﻿ That was where it began...   and I always stop on Christmas Eve, Dad's birthday, to remember them all with tremendous love. I always stop at the stable, late at night, when you can just barely hear the sleigh and the reindeer scratching across the night sky, and sing a carol, just me alone, for my Dad with whom I used to sing in church. I don't have the beauty of his voice, but I always have had the beauty of all their love.

Wishing you all a happy, safe, and blessed Christmas season, and a new year full of comfort and joy.
Posted by Nancy Tapley at 7:43 PM