All Day the Snow Fell 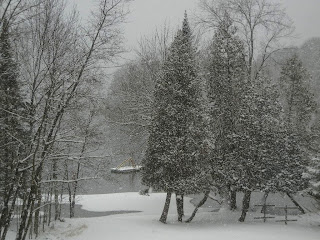 Snow comes in many guises.  This week's installment came like the snow on a movie set. Like Christmas card snow.

Big flakes, hanging softly in the air as if reluctant to land on the ground. 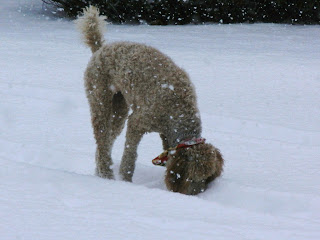 This is pretty snow.  Not so much the kind that comes howling down on the wings of an Alberta Clipper, driving sideways, stinging eyes and freezing cheeks.   This was soft snow.  What you might call Warm Snow, except that's an oxymoron of sorts.

Snow that really called out for cameras, and people to get outside and scuffle through it.  Snow for the horses to roll in happily.  For Taffy, there were tracks of deer to snuffle, and snow to be thrown aside as she ran for glee.